St. Augustine in a New Light: American Impressionism from the Collection of the Lightner Museum | Kids Out and About Jacksonville

St. Augustine in a New Light: American Impressionism from the Collection of the Lightner Museum 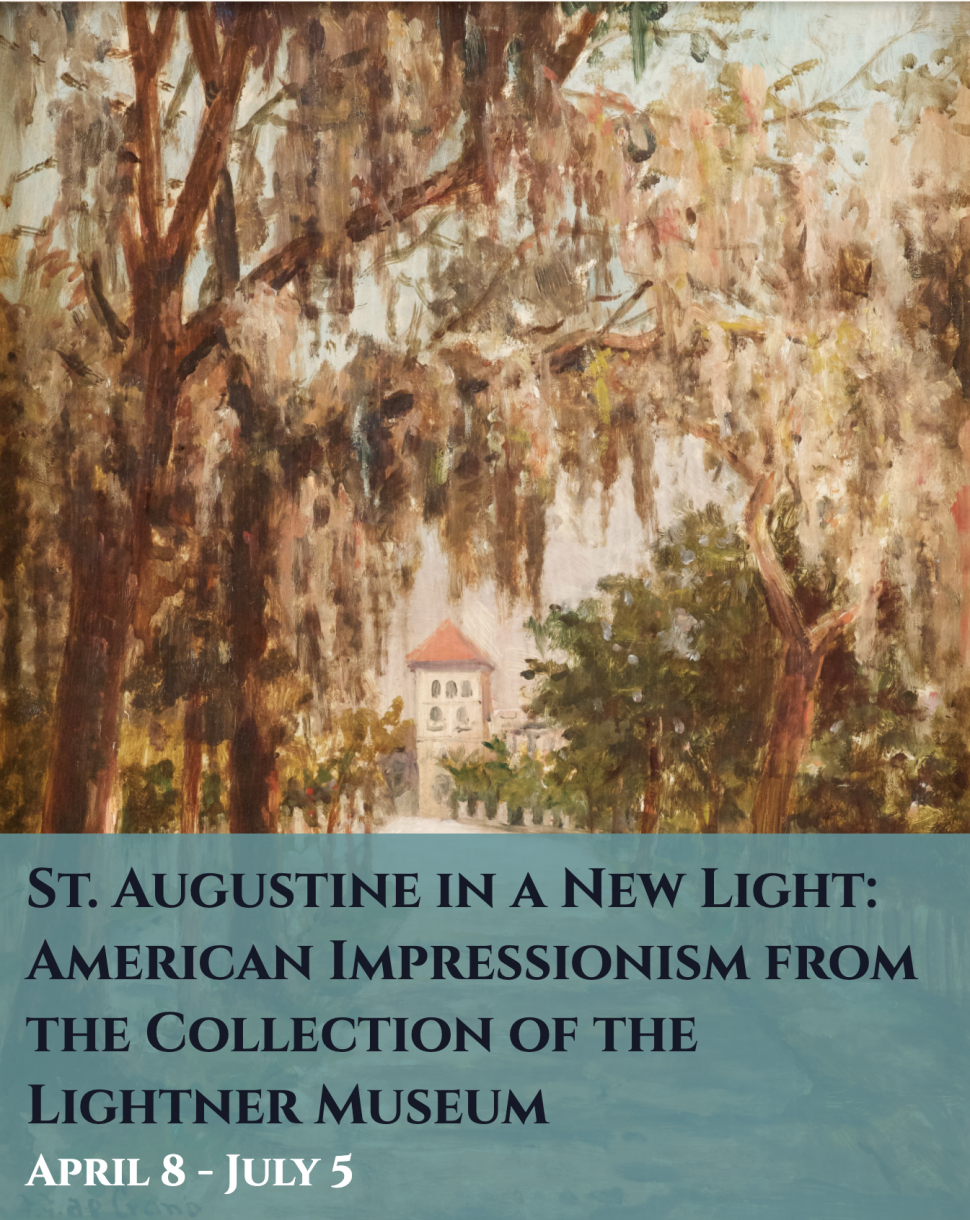 In the waning years of the 19th century, St. Augustine became a winter haven for Impressionist painters from artists’ colonies in the north. Attracted by the warm climate and picturesque scenery, the artists found a reliable source of income in the wealthy tourists who wintered at Henry Flagler’s hotels. They applied the shimmering light, warm colors, and expressive brushwork of Impressionism to scenes of St. Augustine’s quaint streets, bustling harbors, and magnificent coastline, presenting the Ancient City and its environs in a bold new light.
Click here for more information about this activity
Please help us keep this calendar up to date! If this activity is sold out, canceled, or otherwise needs alteration, email mindy@kidsoutandabout.com so we can update it immediately.

This spring, the Lightner Museum celebrates the evocative, timeless beauty of late 19th and early 20th century American art with  St. Augustine in a New Light: American Impressionism from the Collection of the Lightner Museum is curated from the Lightner’s own collection. The exhibition will run from April 8, 2021-July 5, 2021.

About the Lightner Museum
The Lightner Museum is dedicated to enriching the lives of visitors through our extraordinary collection, historic building, and dynamic exhibitions and programs. Founded in 1948 by Chicago publisher, collector, and professional hobbyist Otto C. Lightner, the museum offers an unparalleled experience of art, architecture, history, and design.  At the heart of the museum’s offerings are its compelling collections. From lamps by Tiffany and exquisite shells and geological samples from around the world, to porcelain produced at Sèvres and Victorian mechanical musical instruments, the Lightner Museum’s collections are rich, eclectic, and always engaging.

*Times, dates, and prices of any activity posted to our calendars are subject to change. Please be sure to click through directly to the organization’s website to verify.

All Ages Adults & kids together Adults without kids