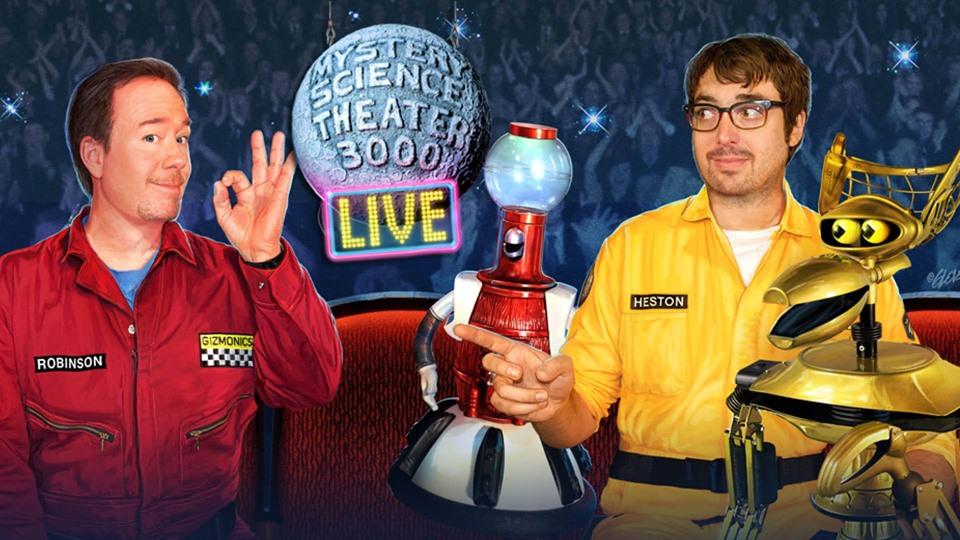 Join Mystery Science Theater 3000 creator and original host Joel Hodgson, on his final tour, for an all-new live show featuring his movie riffing robots- Tom Servo, Crow, and Gypsy- performing the unique comedy the beloved TV show is known for. Filled with nonstop, hundreds of jokes riffed on “so-bad-it’s-good” feature films, and spirited sketches and songs that turn the stage into a circus-themed party.
Click here for more information about this activity
*Times, dates, and prices of any activity posted to our calendars are subject to change. Please be sure to click through directly to the organization’s website to verify.

All Ages Adults & kids together